I was shocked last week when I heard the Queen of disco Donna Sommers died at the age of 63….
Supposedly of lung cancer!

63…a year younger than my mom a year and 7 months ago. When I got home
that evening I dozed off to awaken from channel 7 news speaking of the Queen and
Her death may have been due to lung cancer. I shivered when I heard the last part –Lung cancer.
The following day on the radio they spoke of how she felt her illness may have stemmed from the 9/11 twin towers catastrophe 12 years ago, as she lived close to the vicinity at that time. Quite honestly it wouldn’t be a surprise as so many people who lived, assisted, escaped on that day, have been diagnosed with some very uncommon illnesses years later.

Another reason why the plight of lung cancer is such a big deal; we have more and more people affected yet bringing awareness to lung cancer is barely being heard. We will continue to do our part at Mae’s Breath Foundation- little by little.

Side note-
We want to think The Church Pension Group for allowing Richard Sarrabo to give a few words in representing Mae’s Breath.


To Breath Should not be Discriminatory

Cheers to another victim, wife, mother, grandmother, sister, and friend…..

Mae's Breath
My name is Yolanda and I am my mother's child.... I can't tell you how this type of cancer has affected the life of my family and friends. You can't just disregard that this is life and this is a process we must go through. That would be okay if this was just passing on due to natural causes. There is nothing natural about cancer, and more especially lung cancer. Have you ever been up and personal to see someone you know try and struggle to breathe? It is the most daunting thing to witness and more than anything the most frustrating and helpless thing to experience. Our mother was our rock- period! She took care and protected us as the matriach and patriach. I tell you not to have that bond any longer is a painful and quite frankly very upsetting. I sit back and think over and over.... "why Eartha, why mommy, and why in this way"? 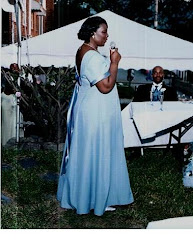 Warriors in the Fight in Lung Cancer